Why is Augmenting Human Intellect So Difficult? 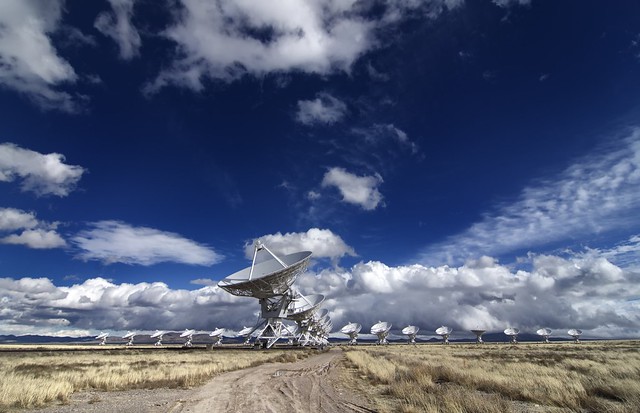 Augmenting Human Intellect seems like such an obvious dictum. When I first read Doug Engelbart’s proposal from 1962, my reaction was to scratch my head and think, “shouldn’t this be obvious?” Over the years, however, I came to realize just how hard a challenge he had set before us. Despite the best of intentions, most technology is implemented with a set of blinders. It is no longer sufficient to understand human physiology to create a mouse or even to understand human mental organization to create hyperlinks and collaboration tools.

Engelbart, when he did his “Mother of all Demos” in 1968, was only able to succeed (barely) because he controlled every aspect of the system he was using. None of us can say that today. We are hostage to software vendors, hardware vendors, textbook publishers, and, perhaps most importantly of all, organizational structures that fail to execute on “augmenting human intellect.” This is a shame because we increasingly have access to integrated technological solutions that would seemingly allow us to achieve the goal of constantly maximizing human potential. However, a combination of politics, technological naiveté, and poorly executed technological solutions often impair our ability to grow as teachers, learners, and even human beings.

In many ways Engelbart had it easy. He was at the early stages of this story. He only had to worry about discrete technological challenges. This is in no way meant to minimize his immense contributions, both conceptually and practically, in developing the mouse, the word processor, hyperlinks, etc… Revolutionary as they were, he could confine himself largely to the walls of the Stanford Research Institute. It is absolutely true that without the work of him and his team we would live in a diminished technological environment but that environment has metastasized into something much, much larger and more complex.

We passed the pinnacle of what his practical vision led us to perhaps a decade ago. Operating systems were king and they were largely built upon concepts that he pioneered: gesture-based computing through a mouse or its descendants, the pointer or trackball; graphical-user-interfaces; an infinitely editable world. Internet 1.0 is largely a product of his (and Bush’s and Nelson’s) vision.

With the introduction of the iPhone, however, we started down another track. The iPhone differs from a traditional computer in that it requires a complex infrastructure of networks to make it even work. Furthermore, it is completely mobile and this shifted the emphasis, started initially with the Internet, decisively in the direction of systems. The Internet of Things is a direct descendant of this fork and is only accelerating the systemization of technology. Now we have to worry about connected doorbells getting hacked. On a more prosaic level, we have to worry about the doorbell connecting to the network reliably so that we can get an alert on our phone even if we are thousands of miles away. When those kinds of things don’t work we feel limited, lacking in augmentation. The fact of the matter is that we were limited by our technologies long before this latest set of challenges but they have brought home the scope of the challenges we face in creating integrated technology environments.

As Leonard Shlain argued, Art and Physics have long bounced against each other. Lately, moreover, we’ve seen an explosion of interest in design. Design is by its very nature holistic. Therefore it is no accident that this is happening. We are now designing our virtual environments and this is reflecting back onto our physical environments. We have started to recognize the limitations of all-in-one desks arranged in neat rows for our classroom experiences at the same time as we have recognized that a learning management chat room is a poor substitute for the real thing or even Facebook. We have suddenly realized that even Facebook and Twitter lead to unexpected outcomes in communication because of their design and the conversation has shifted around to such topics as “fake news.” The technology of education is fundamentally limited by an industrial mindset that argues that all learners are basically the same (or at least can be easily categorized) and that learning is most effectively broken down into 16-week segments, the outcome of which is one of five grades. These are every bit as much of a constraint to augmenting human intellect as tying a brick to your pencil is, and, I would argue, much much more.

Today’s augmentation of human intellect therefore requires an understanding of technological systems and how they interact with one another. It also requires an understanding of how human organizations operate and how they are just as likely to spread ignorance as they are to spread enlightenment. They are also just as likely to make things more inefficient as they are to make things more efficient. The reason your HR system doesn’t talk to your finance system is usually not a technological problem, at least not one that isn’t solve-able. It’s almost certainly a bureaucratic outcome of your HR department selecting software independent of your finance department and your IT department not understanding the implications of what is being specified – or not being consulted at all – before purchasing decisions are made. These are human failings amplified by the technological failings that are the product of the failing of the organization, which is itself a technology. The result is that the user attempting to achieve intellectual augmentation is instead forced to spend an inordinate amount of time dealing with things that are poorly automated. This is an augmentation fail and is in many cases even a retardation over the prior technologies being used.

The day-to-day drudgery inflicted on us by the priesthood, as Nelson so aptly puts it, eats away at our capacity to be creative, to be dreamers. For a brief time we are able to escape in a limited fashion the industrial world of drudgery but this world is once again enveloping us, now augmented by its own seemingly inexorable technological  and societal logic. We’ve given up some of our freedom in the service of efficiency and the need to make platforms more accessible. For instance, we used to code our own web pages and host our own web services. However, in order to spread this and to allow more advanced users move on to even more advanced technologies, we’ve given up freedom to designers and cloud providers. Even an open source platform such as WordPress, upon which this is being published, requires that you give up a certain measure of freedom as compared to hand coding a website. But, it gives access to the web to a much larger pool of creators so, in aggregate, it certainly augments human intellect.

The Engelbarts of today have to be systems thinkers. There are vast opportunities opening up through ubiquitous computing devices ranging for our cell phones, to beacons, to Raspberry Pi’s. We can build technology into everything. We can have technology everywhere. And, I hope, we can assemble, modify, reassemble, and hack technologies with increasing ease so that we can truly augment human intellect over a vast range of technological possibilities. We have to be able to go from the humble pencil to the networked blog to Twitter effortlessly. We need to spend our time creating rather than messing with poorly designed technological systems. We need to master the machines rather than letting the machines become our masters.

Engelbart shows us the way but his real value occurs in his admonition, implied as it is, that we step back and consider what we are trying to do before we consider how we do it. No one else will do that for you and many will offer you “solutions” that actually make it harder to do what is necessary to augment human intellect. This is more of a challenge in today’s political, educational, or personal environments than it ever was in the past. We have technology to thank for that but we also have technology to thank for that. The difference is how we go about it and Engelbart shows us the way. There’s lots of work to be done.

Treating videoconferencing as a conversation space by mindfully applying and combining tools. See my latest blog "The Four Stages of Zoom Enlightenment" on @ecampusnews at http://bit.ly/zoomenlightenment. @BryanAlexander @paulsignorelli @ShapingEDU #ftte

Why are so many of our students indifferent about their learning? Because we never bother to understand what's meaningful to them. My latest blog for @ShapingEDU at http://bit.ly/lostinthemaze. @BryanAlexander @rubenrp @paulsignorelli @sambeckertweets

Yesterday, we looked at how Tools & Systems shape the Practice of teaching & learning. Today, we consider how disruption can be used to reimagine all three. Two @ShapingEDU interactive projects starting up now. http://bit.ly/t3blackswans @BryanAlexander @rubenrp @sambeckertweets

Tools and Systems drive our Practice of teaching and learning and remote teaching broke them. The challenge in Pt. 1 of my latest blog at (Opportunities in Pt. 2 Tuesday) @ShapingEDU https://shapingedu.asu.edu/blog/system-tool-paradox-part-i-perils-letting-systems-and-tools-dictate-practice
@BryanAlexander @sambeckertweets @rubenrp @paulsignorelli @ConverSketch

One of the key lessons we should take away from pandemic learning is the power of going small. Check out my latest blog for @ShapingEDU at: http://bit.ly/SEDUgoingsmall @BryanAlexander @paulsignorelli @rubenrp